Today, the Freelancers Alumni Drum & Bugle Corps continues to foster the passion for music and camaraderie.  Every year we keep getting stronger with members from not only the Sacramento Freelancers, but also from other corps and other states.  Members include alumni from Blue Devils, Kingsmen, and Velvet Knights, as well as individuals with no drum corps background.  If you are interested in joining us. please let us know. 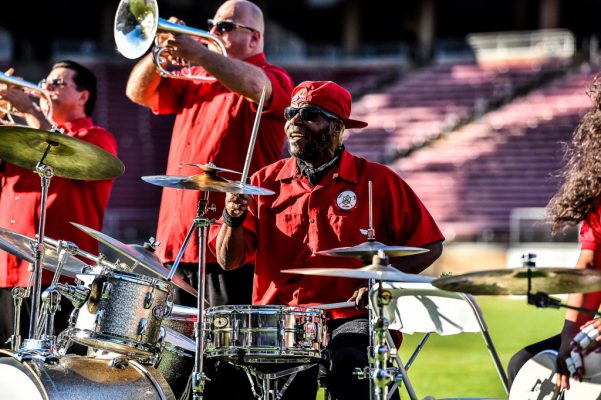